3 Big Reasons to Live in a Walkable Community 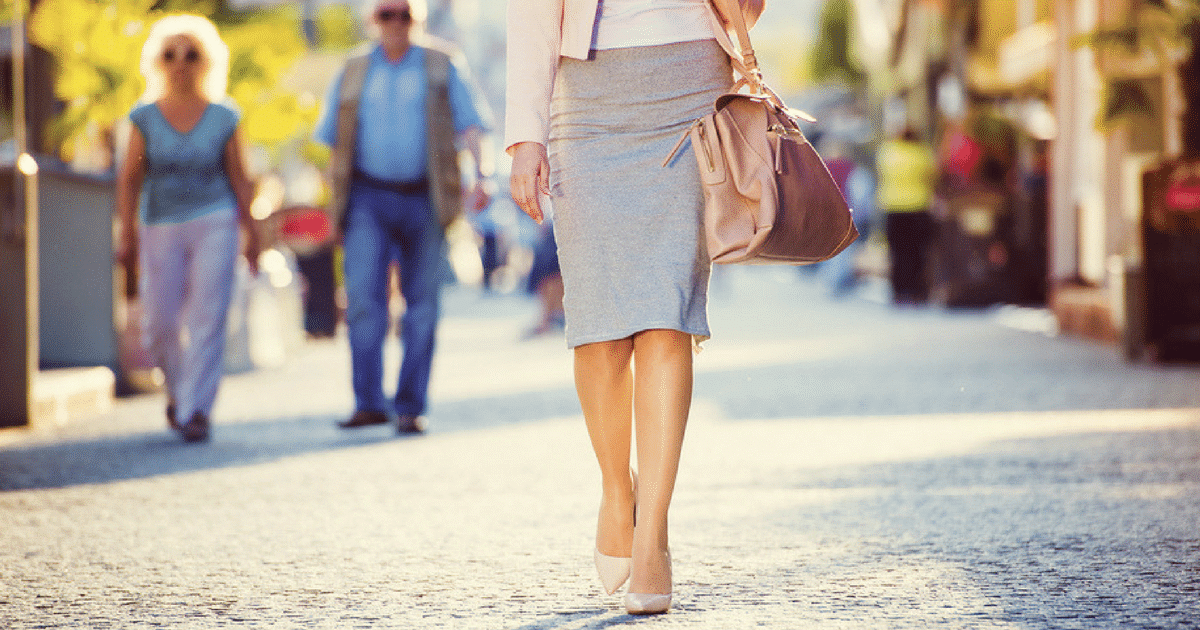 Do you want a healthier, safer, and possibly happier lifestyle? Who wouldn’t. It’s why people consider making a move to a walkable community.

What Makes a Community Walkable?

To measure a community’s walkability, many residents, realtors, businesses, and local governments use the walk score methodology. You can look up your current neighborhood’s walk score to see if it’s a “Walker's Paradise” or “Car Dependent.” Next, let’s consider why many people want to live in this type of neighborhood.

If you need help deciding which new townhome or EYA neighborhood is right for you, send us a quick message. We’d be happy to help you make the best choice.

While enjoying increased popularity, walkable communities are not a new concept. Originally they formed in response to people’s needs and interests, and were developed organicially rather than planned by civic or business leaders.

Most city centers grew around features including a mix of residential and business/commercial properties, blended with services, retail, schools, places of worship, and recreation.

Today, homebuyers increasingly seek an ideal mix of walkability with modern design and conveniences found in a new construction home. Read on to learn three reasons why people want a truly walkable neighborhood.

Walkable communities are designed with pedestrians in mind, which makes these neighborhoods inherently safer. A pedestrian-friendly sidewalk and street design results in reduced traffic speeds, encourages residents to be more active outside their homes, and increases a neighborhood engagement that is believed to reduce crime.

Slower traffic speeds encourage drivers to be more alert and aware of their surroundings. With lower speed limits, drivers are more likely to see pedestrians and other obstacles, thereby reducing accidents. This is well understood. Still, you may wonder, “How is a walkable community safer from crime?”

The Safe Routes to School National Partnership champions what they call “crime prevention through environmental design” (CPTED). The way a community is designed can minimize opportunities for crime. Yes, the strategy behind a community plan can actually influence potential criminals. If streets, sidewalks, and parks are active with pedestrians, well-used and well-lit at night, criminals are far less likely to strike. With increased pedestrian activity, neighborhoods create safety in numbers, heightened awareness, and familiarity that help to build a stronger sense of community.

There are numerous studies proving that walkable communities lead to healthier lifestyles.

The National Health and Nutrition Examination Survey established  that residents living in more walkable communities with lower crime rates tend to walk more (surprise!). The analysis also found that these citizens tended to “have lower body mass indices (BMIs) than people in less walkable and more crime-prone areas, even after controlling for a variety of individual variables related to health.”

Furthermore, research from the University of Kansas’ Alzheimer’s Disease Center found that walkable neighborhoods may even improve citizens’ mental health.

The researchers compared people who lived in areas that required fewer turns to navigate the streets to those living in communities with more conventional intersecting paths and streets.They defined the latter phenomenon as “higher connectivity.”

The researchers found that those living in less-connected neighborhoods, such as suburban developments with long winding roads:

Another study conducted by the Lawrence Berkeley National Laboratory, Life Science Division found that walking briskly has some of the same benefits as running. Both help lower your risk of high blood pressure, high cholesterol, and diabetes. So forget planned runs – if you live in a walkable community and pick up the pace, you could even reduce your risk of heart disease and stroke.

Researchers have found that when people have a stronger sense of community, they tend to feel more connected. A study by Carnegie Mellon student Brian Knudsen of Urban Innovation Analysis, Terry Clark of the University of Chicago, and Daniel Silver of the University of Toronto examines the connection between walkability, creativity, and civic engagement in the U.S., Canada, and France.

The researchers found that:

“Walking, the arts, and social-movement activism are not only separate processes. They enhance one another. Walking amidst the arts appears to heighten imaginative openness to new social and political possibilities, energizing [social movement organizations] activity more powerfully than walking on its own. Walking is important, but not all walking is the same, and when it occurs in locales with more arts activity, its impact on social movement organizations is greater.”

Walkable communities also tend to encourage more social interaction among residents, fostering closer, stronger relationships and engagement. As one of the world's longest studies, the Harvard Study of Adult Development, indicates that quality relationships are the greatest factor to influence your sense of happiness.

Leading a Happier Life in a Walkable Community

Living in a walkable community may have once been a “nice to have” for many families searching for a new home. However, with a spectrum of studies proving the numerous benefits of these communities, walkable neighborhoods have become "must haves" for many. This is why residential developers and local civic leaders are designing more of these neighborhoods.

Need help figuring out which townhome and walkable community is best for you and your family? We can help you choose your best option.

When we heard that one of our Robinson Landing homeowners had founded the ALX Dog Walk to not only raise awareness about sustainable living and reducing plastic use, but also to raise funds to beautify the City of Alexandria and protect its environment, we knew we wanted to learn more and support her efforts. EYA proudly sponsored the 2022 inaugural dog walk, and we’re excited to sponsor the second annual walk on April 29, 2023 in Oronoco Bay Park in Old Town Alexandria (you can register here). And, we have been so impressed with her work that we wanted to share her story. We hope you enjoy the following Q&A with Robinson Landing resident and ALX Dog Walk executive director, Julie Chapman, to hear about her work and learn how you and your pup can participate in this year's walk!

At EYA, we take great pride in not only creating beautiful living spaces, but also designing neighborhoods that bring people together. This may be done in various ways from creating new parks and playgrounds where kids can meet new friends to designing welcoming front porches where neighbors can greet and get to know each other. For many, being part of a community is an important factor in wellbeing and happiness and neighborhood communities are among the most important ways that people find lasting personal connections. What's it like to live in an EYA neighborhood? Watch the video below to hear from our homeowners about how they not only found a new home, but a new community.

What are the benefits of an elevator townhome? Hear what our homeowners have to say.

When searching for a new home, many factors influence where and how you want to live—from location and price, to choosing the features that are important to you now, and in the future. One feature that can truly transform a home and elevate your lifestyle (pun intended!) is an in-home private elevator, offering added convenience, safety, and more years to enjoy your home.  Watch the video below to hear EYA homeowners explain why an in-home elevator is important for them and learn more about the benefits this feature can offer.

Whether you are a first-time homebuyer or a first-time new construction buyer, you may have a lot of questions about why buying a new townhome may be right for you. We've created a brand new Guide to Buying a New Construction Townhome to help answer these questions, as well as provide tips, helpful resources and more.