Since 1992, EYA LLC (EYA) has built it’s name and reputation introducing innovative, walkable neighborhoods in a variety of urban settings across the Washington DC metro area.

Looking to the future and preparing for new opportunities in the years to come, the company is committed to developing a leadership team that will ensure long-term success.

To guide this growth, two strategic promotions have been announced.

McLean Quinn has been named President and Milli Arakawa has been named Chief Financial Officer. McLean and Milli will work alongside Bob Youngentob who will continue as Chief Executive Officer and Frank Connors, who remains Chief Operating Officer. 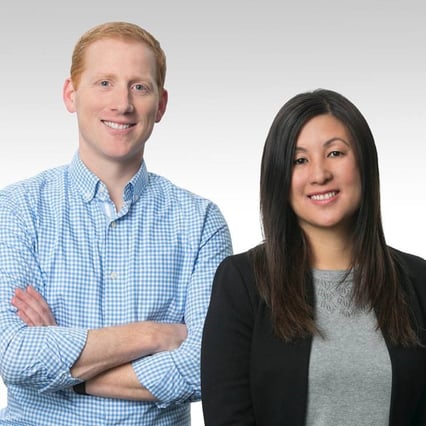 "With a tremendous team, a significant pipeline and a strong
appetite to grow both our townhouse and multifamily and mixed-use
business lines, it’s an incredibly exciting time to be at EYA and I am
honored to take on this new role with the team.”
- McLean Quinn, EYA President

“These promotions are part of a strategic sustainability process that will position EYA to thrive over the next 20 years and beyond,” Bob stated. “As part of our deep and tenured leadership team, McLean and Milli have played a key role in many of EYA’s recent successes and bring continued energy and focus to EYA’s senior management. Promoting McLean and Milli now, allows them to take on their new roles while Frank and I are still actively engaged in the business.”

These moves allow EYA co-founder and CEO, Bob Youngentob, to refocus his efforts on deal sourcing, product visioning and investor relations, while Frank Connors will continue to dedicate his experience and leadership to the homebuilding and operational areas of the company.

“We have ambitious plans for growth,” Frank said. “They require expanded leadership at the top, and I’m confident we have the right people in place to lead EYA’s next chapter.”

On Sunday, we were delighted to host a grand opening event for the brand new community playground at Michigan Park. Community members gathered to meet both long-time residents and new neighbors while children enjoyed the new playground equipment. Local dignitaries, including DC Deputy Mayor John Falcicchio and ANC representatives Colleen Costello and Emily Lucio, officially opened the new playground with a warm welcome and ribbon cutting.