A New Look at the Old Town Alexandria Dining Scene Old Town Alexandria boasts a wide array of dining choices for local residents and visitors. In addition to offering enticing fare that includes steaks, seafood, pizza, Irish, Italian and Thai, many are marked by an individual history that tells the story of the Colonial-era city and its modern re-development along the Potomac River.

Robinson Landing residents will have a plethora of dining options just steps away. Here's a look at 13 restaurants located within four blocks of this brand new waterfront neighborhood.

Union Street and the Waterfront 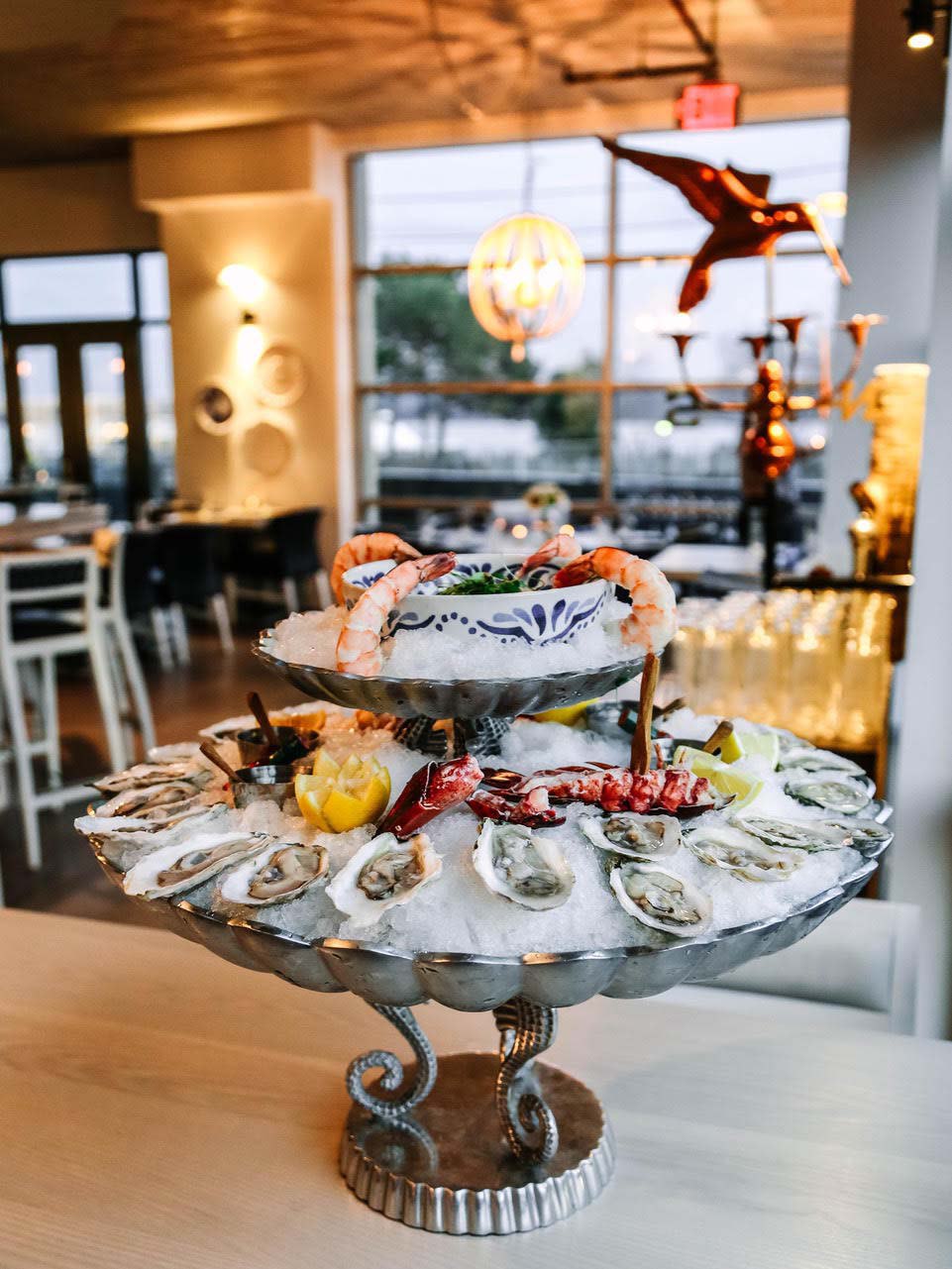 Located in the Hotel Indigo, which opened in 2017, Hummingbird offers diners a contemporary coastal vibe with unbeatable interior views of the Potomac and outdoor seating on the patio. One of five Alexandria restaurants from Chef Cathal and Meshelle Armstrong’s The Eat Good Food Group, the kitchen specializes in American seafood traditions including clambakes, crab boils, fish fries and oyster roasts. The Blackboard Fish changes daily. Don’t miss the early Happy Hour from 2:30 p.m. to 6:30 p.m (M-F). 220 S. Union St. Online reservations at www.hummingbirdva.net.

Occupying a Colonial-era warehouse, Union Street Public House appropriately bills its fare as “revolutionary American cuisine.” Open since 1986, fresh steaks and seafood are on a menu that also offers a variety of enticing oyster selections including the oyster roll, pork belly & fried oysters, shooters and locals from the Chesapeake served on the half-shell. Oyster hour is M-F, 3 p.m. – 7 p.m. Stop by for Whisk(e)y Wednesdays or choose from 125 bourbons and whiskeys available daily. 121 S. Union St. Online reservations at http://www.unionstreetpublichouse.com/. 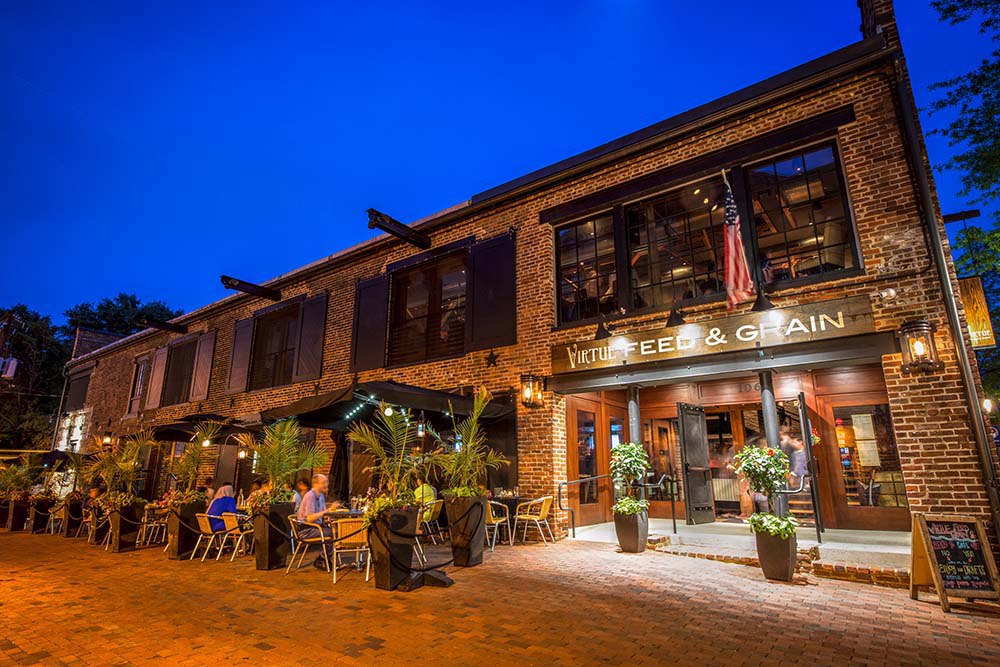 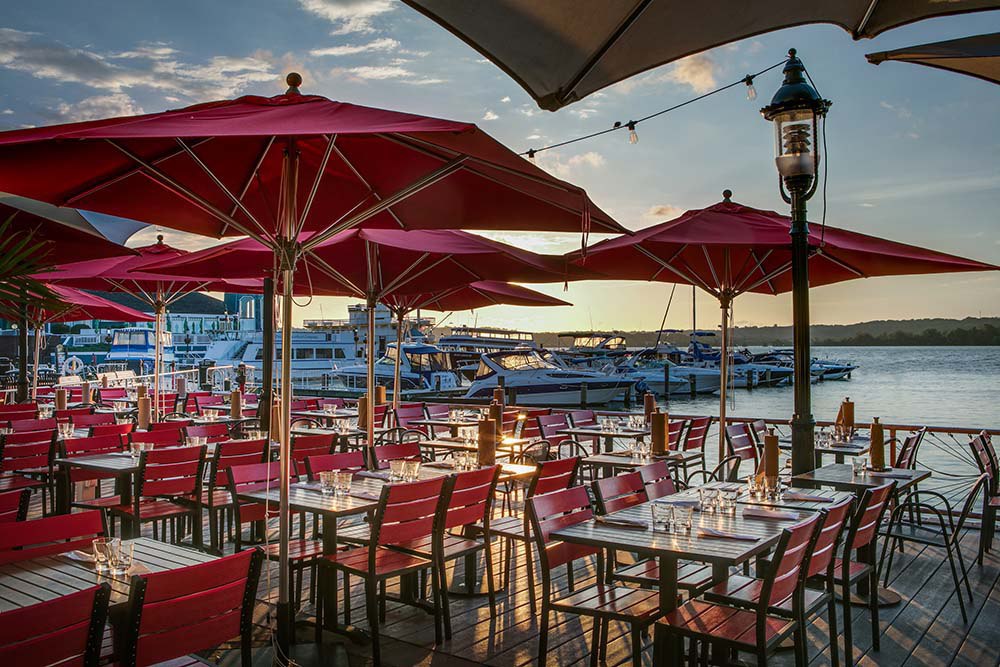 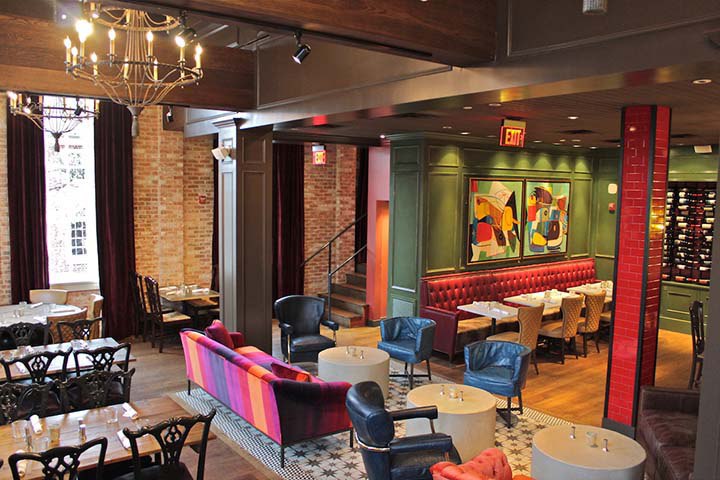 Mia’s menu– a collaboration of Chef Graham Duncan and Partner Dave Nicholas – captures the essence of Dave’s great-grandmother’s rustic cooking in Naples. It’s an approach Mia's embraces in its All-Day, Brunch and Late-Night menus, which include house-made pasta, Italian sandwiches, charcuterie, and square pizzas "by the slice." Half off wine on Wine Down Wednesday and “to go” online ordering options (including a gourmet picnic for two). 100 King St. Online reservations at http://miasitalian.com/.

Fish Market features five different dining rooms, each with its own atmosphere and décor along with more intimate balcony and patio seating. Open daily until 12 a.m., the kitchen serves fresh seafood classics including crab cakes, clam chowder, grilled catch and fish ‘n chips. The Anchor Bar is a sports mecca with 16 TVs playing all the local games. Live music on Wednesdays and a DJ on Fridays and Saturdays. 105 King St. First come first serve seating.  http://fishmarketva.com/.

Traces of Civil War era fire can still be seen in The Wharf’s charred beams dating to the 1790s when the building was first home to a crockery and china importer. Seafood is king with dishes that include the shellfish martini, shrimp and blue crab fritters, the Triple Norfolk (lobster, lump crab and shrimp), and horseradish crusted salmon. Weekly specials are Mussel Mondays with rotating seasonal flavors and whole lobster Wednesdays (1.25 pounders simple or stuffed). 119 King Street. Online reservations at http://wharfrestaurant.com/.

Named for the famed Irish liberator, Daniel O’Connell’s is billed as a modern Irish restaurant in an ancient Irish setting. Owner John Brennan has filled the 1800s building with an array of antiques direct from Waterford that can be found in the corners, nooks and crannies that define the unique space. New dishes and auld favorites are on a menu that includes corned beef & cabbage, chicken curry, crispy Irish egg rolls, fish and chips and shepherd’s pie.  Live music Thursdays through Sunday. 112 King St.  https://www.danieloconnells.com/menu/. 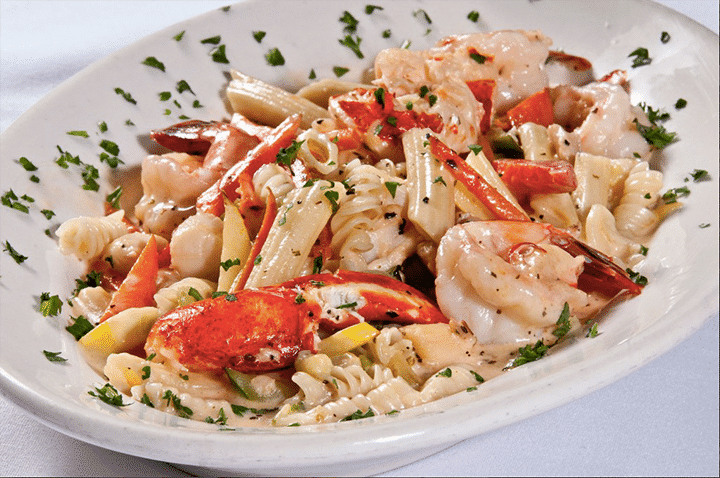 Over the years, the building has been a sea captain’s home, antique store, butcher shop, speakeasy, art studio and restaurant with regular performances by ragtime piano legend Johnnie Maddox. Today, Il Porto Chef Miguel Ferman focuses on Northern Italian cooking from his homeland using modern cooking techniques. Everything is prepared from scratch, on premise, including pasta made fresh every day. 121 King St. Online reservations at http://ilportoristorante.com/.

One of four in the DC area, Pizza Paradiso focuses on great crust with slow rising dough worked by hand, lightly graced with toppings and cooked in a wood-burning, domed stone oven at 650+ degrees. Thirteen pizza selections with multiple options for toppings. Insalate, antipasti and panini are also on the menu. Table service for 120 with an ever-changing draft beer selection and wine list. Order online for delivery via UberEats or pick-up via Eat24. 124 King St. https://www.eatyourpizza.com/.

We're thrilled to share the news that Barca Pier & Wine Bar is now open at Robinson Landing in Old Town Alexandria. Created by the renowned Alexandria Restaurant Partners (ARP), Barca is the second restaurant by ARP to open onsite offering fantastic new dining options for both residents and visitors.

We're thrilled to share the news that the first restaurant at Robinson Landing is now open! Created by the renowned Alexandria Restaurant Partners, Ada's on the River features stunning views of the Potomac and a delicious menu of wood-fired steaks, fresh seafood and vegetarian fare.