EYA and City of Alexandria Archaeology continue to receive national accolades for their work to preserve artifacts recovered at Robinson Landing on the Old Town waterfront.

Earlier this week at the National Press Club, the unique public-private partnership was recognized by Partners for Livable Communities at its 2018 “Celebrating Champions of Livability” awards.

The “Culture Builds Community Award” honors projects and individuals who foster community engagement using the arts and heritage as building blocks for value and participation. 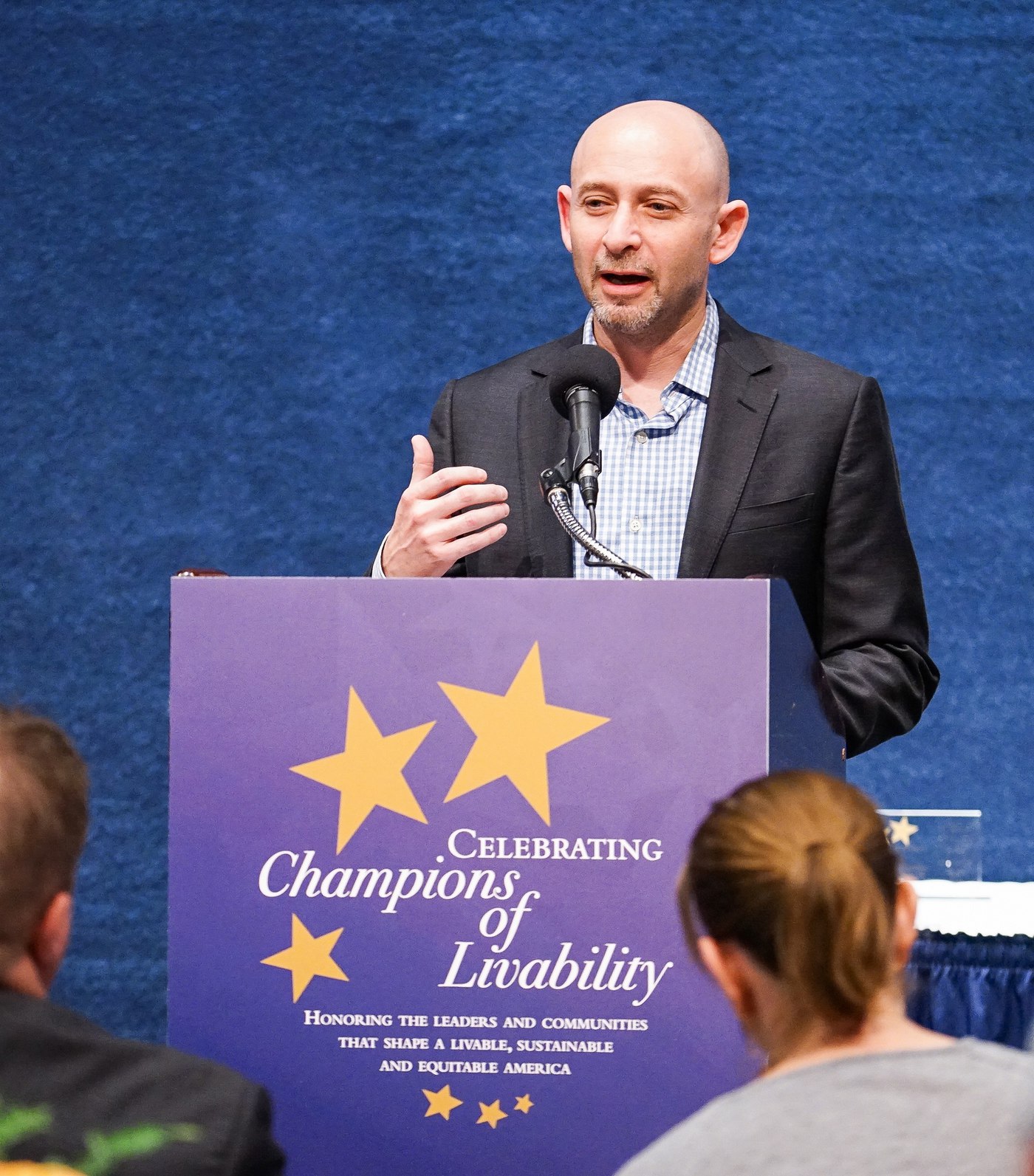 “For more than 40 years, Partners has been the leading force in defining what ‘livability’ means in communities throughout the U.S., so we are truly honored to receive this recognition for our archaeological work at Robinson Landing,” said Evan Goldman, EYA Senior VP of Land Acquisition and Development. “In keeping with Partners’ goals, this project demonstrates how history, arts and culture converge to preserve our past while building a new future that promotes urban living and community development.”

During its long history, Alexandria boasted one of the busiest seaports in America. It was common centuries ago to use derelict boats as the fill to expand waterfronts, and build new wharves and piers.

In the course of excavations at Robinson Landing, construction crews began unearthing pieces of these forgotten vessels. Working closely with Alexandria Archeology and under the nearly 30-year-old Archaeological Protection Code, EYA and its contractor WSSI Thunderbird Archeology embarked on the most extensive effort to date to investigate, document and preserve artifacts that go back to the founding of this early-American seaport.

EYA engaged and funded a team of archeologists to research the history of the property and applied this information to excavate the site over an 18-month period. This effort resulted in the discovery of more than 150 individual features and over 100,000 artifacts. The major discovery of three 18th century ships marked this as one of the most significant archeological sites in Virginia.

EYA is gifting all of the artifacts, including the three ships, to the City for study. The City is planning to eventually exhibit the findings to further public understanding and appreciation of Alexandria’s rich history. These ships, coupled with a fourth that was discovered in 2015 at an adjoining property, now form the corpus of what can become a valuable resource to chronicle the past of Alexandria.

We are honored to announce that the Townhomes at Robinson Landing received top national recognition at the annual Best in American Living Awards (BALA) ceremony, earning the "Gold" award for best design.

We are honored to announce that EYA neighborhoods have once again been voted 'Best of' in Bethesda Magazine's 2020 readers' poll. We were thrilled to see that The Brownstones at Chevy Chase Lake were awarded the Readers' Pick for Best New Townhome Community, with both Grosvenor Heights and Montgomery Row ranking in the top 5. The Lindley was also voted in the top 3 for the New Luxury Apartments category.

EYA, LLC (EYA) celebrated The Lindley’s award from the Urban Land Institute (ULI) Terwilliger Center for Housing’s 2019 Jack Kemp Excellence in Affordable and Workforce Housing with partners and community leaders from DC, Maryland, and Virginia. The Lindley represents a unique partnership between EYA, The Housing Opportunities Commission of Montgomery County (HOC), and The Morris and Gwendolyn Cafritz Foundation. As a new luxury, mixed-income multifamily building in Chevy Chase, Maryland, it is one of the first buildings of its kind to include private equity as a major funding source while remaining under the principal control of a public housing authority (HOC).