Mayor Bowser warmly welcomed two of our first homeowners to move into the neighborhood, Nyanda and Jimmy. 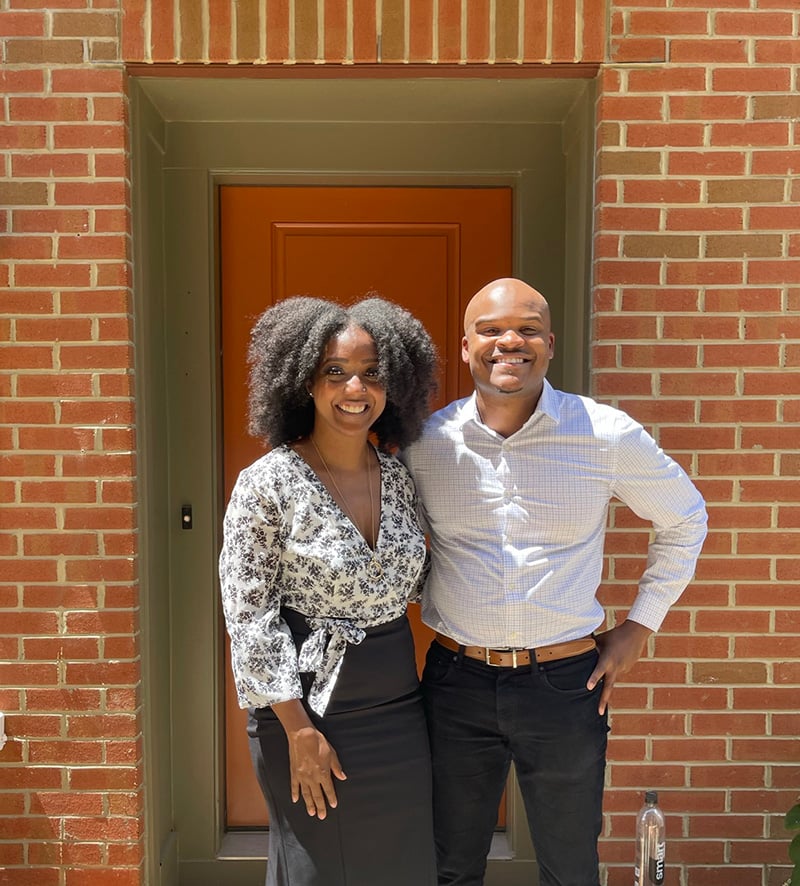 Speaking to the guests, Nyanda said, "I am a DC metropolitan area native. I was born and raised in Prince George's County, Maryland. And I spent a lot of time in DC proper growing up, whether I was going to the children's museums, Smithsonian, monuments or dinners. We also had a lot of family in the city. There's just a lot of nostalgia here for me...and after I graduated, it was definitely a huge goal of mine to come back into the city, but more specifically come back as a homeowner. So we're just so excited to be here."

Jimmy added, "Being a young couple, the journey of home ownership has been something that's difficult. I am first generation in this country, my parents are from Haiti, so that process from getting from childhood to here is a great one. And beyond that, just the process of going through acquiring a home is tough as well...It's something that folks all around face...One thing that we look forward to with this new home is building generational wealth, starting a family and having a place to pass down."

Riggs Park Place is an example of how developers can effectively and thoughtfully work with the City and local community members to take underutilized land and not only create attainably priced housing, but also shared social and economic incomes that benefit the broader community.

EYA Chief Acquisitions Officer Aakash Thakkar stated, "There are many reasons to celebrate this important milestone for this project. Our first homeowners are moving in after years and years of hard work. The ground that we stand on now today used to be private land with an additional parcel that the City controlled. We worked closely together with this community to build what you see before you today, which will include 90 new townhomes, and in the next phase, 100 new senior units, retail spaces and, maybe most importantly, be part of a renewed center of this community. This is the type of project that EYA loves to work on. We're able to provide new attainably priced housing and collaborate with the community in really important ways." 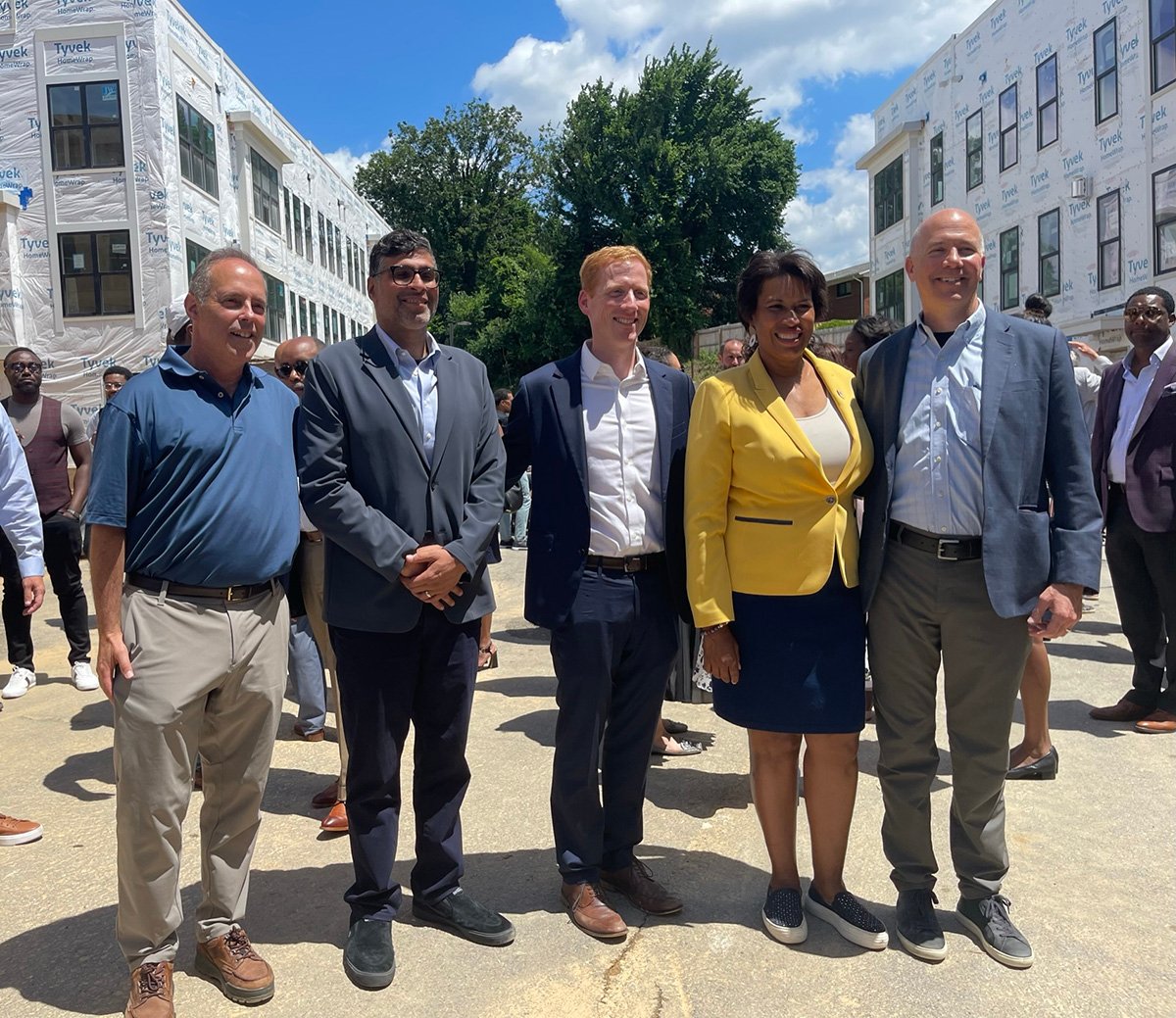 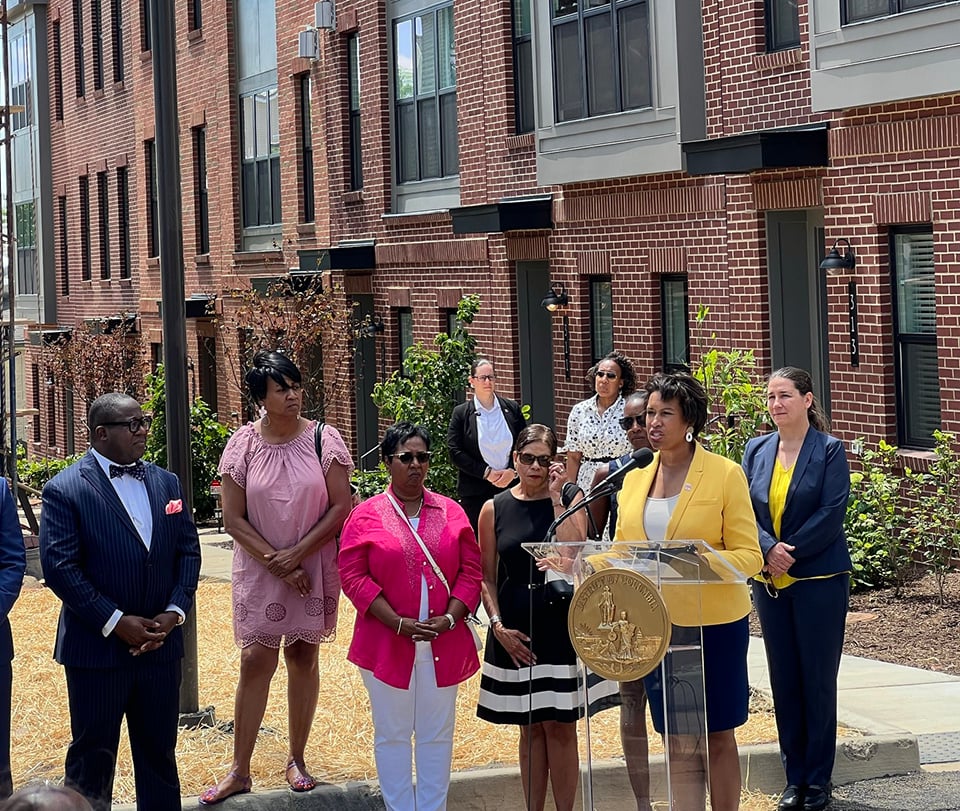 During the event, Mayor Bowser kicked off the Black Homeownership Strike Force (BHSF) by announcing the members who will serve on the committee and work to identify actionable recommendations to increase and support homeownership for Black residents of the District of Columbia. Click here to read the Mayor's Office press release and learn more about the initiative.

To learn more about EYA's development focus, including experience with public-private partnerships and commitment to mixed-income housing, click here.

Bethesda Magazine's 2022 Top Places to Work have been announced, and EYA ranks #5 among Bethesda-area businesses! The article notes EYA's culture of promoting a strong work-life balance, hybrid work schedule, supportive environment, and a shared-passion to build the best homes and neighborhoods for Washington area residents as reasons why team members love working at the company.